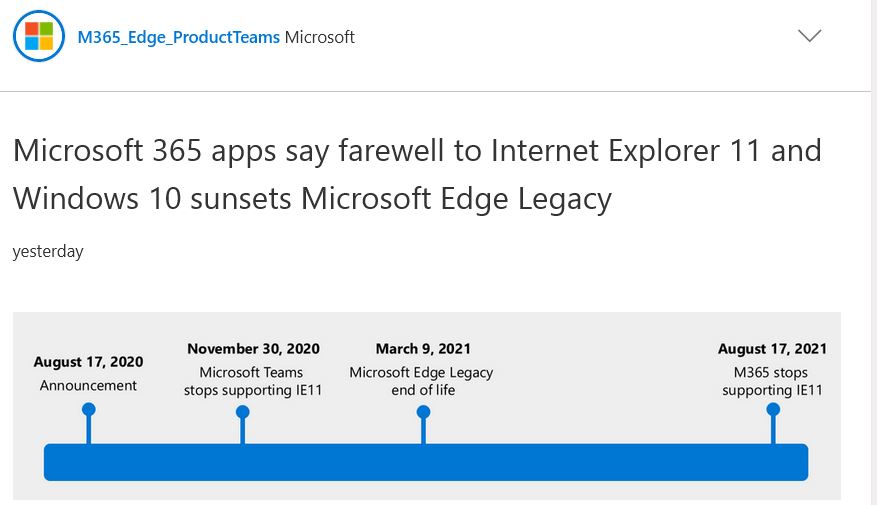 Microsoft will begin the gradual phase-out of IE11 by ending Teams support for it this fall. Microsoft will stop providing security updates for the desktop version of legacy Edge after next March.

It's the middle of August 2020 and at this point, Microsoft is still supporting three browsers: Internet Explorer, legacy Edge and the new Edge. But by this time next year, it will be phasing out its support for two of these three.

As of these dates, "customers will have a degraded experience or will be unable to connect to Microsoft 365apps and services on IE 11," However, IE11 "isn't going away," officials said, as it is "a component of the Windows operating system," and thus will only cease being supported when the version of Windows on which it is installed is no longer supported. Officials noted that "customers' own legacy IE11 apps and investments will continue to work" up until that point. But access to Microsoft 365 apps and services won't work with IE11 after next August.

Chromium-based Edge cannot be uninstalled from Windows 10, even though Microsoft no longer considers it to be part of the operating system once a user installs it via Windows Update and/or gets an update for a manually-installed version of it.